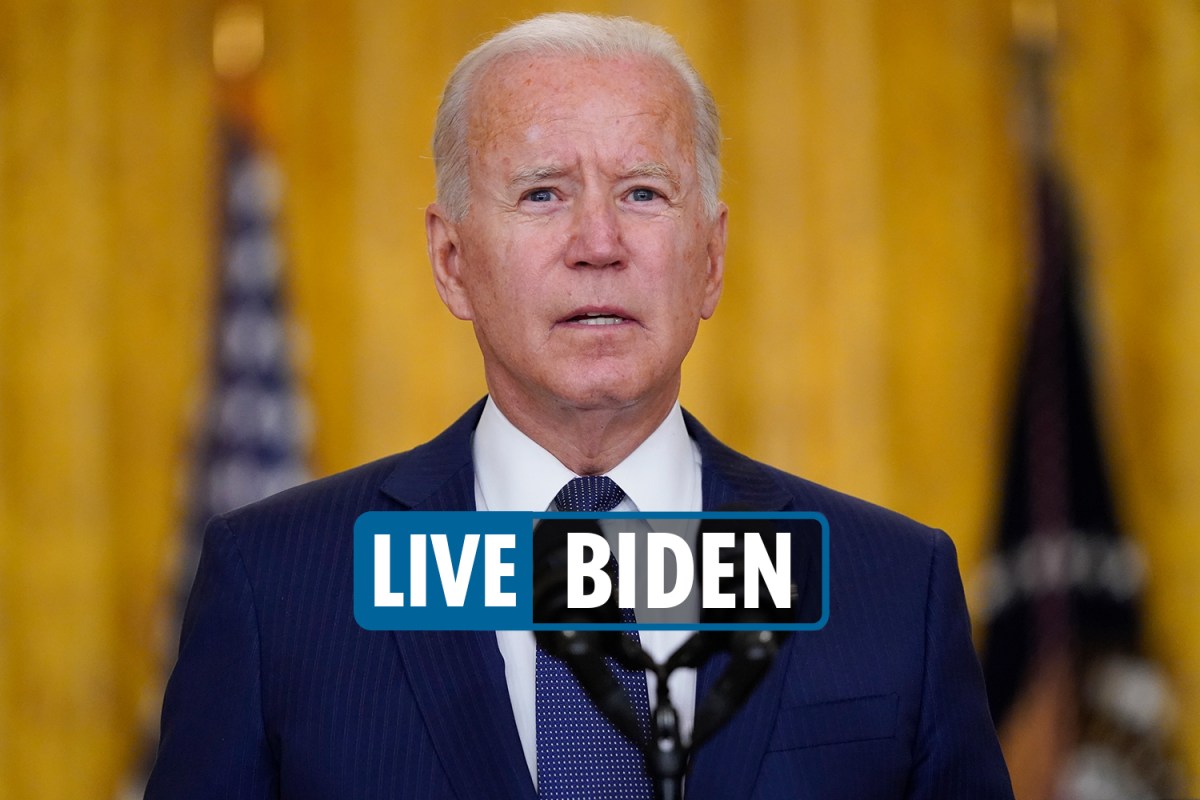 JOE Biden gave another speech today after being portrayed as a terrorist on Taliban notice boards.

It comes as a former Pennsylvania politician launched a two-month “Make the Taliban Great Again” poster campaign berating the president as a terrorist for his handling of the US withdrawal from Afghanistan.

On Wednesday, Biden announced a new deal that will see the US and UK help Australia secure nuclear-powered submarines as part of a new trilateral security partnership.

The speech came after controversy in recent days in which some suggested that a “mute button” had been used when the president spoke earlier this week.

Biden was preparing to ask a member of the audience a question at an event on Monday when the live broadcast abruptly ended.

Republican Senator from Idaho Jim Risch then suggested on Tuesday that “someone in the White House has the power to press the button and cut off the president,” according to CNN, but Secretary of State Antony Blinken told Risch there was “no such person”. “