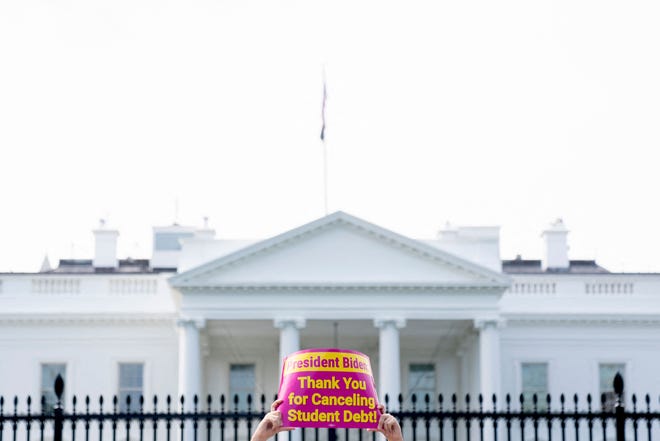 As our country’s largest student lender, the federal government, maintains a zero percent rejection rate, virtually anyone who wants a student loan can get one without difficulty. The student has the power to accept or refuse any financial aid.

Unlike private lenders, the Department of Education does not guarantee student loans to assess the risk of default. Factors essential to private lenders, such as the degree path chosen by the student, the graduation rate in their determined school and the probability of default, are not taken into account by the government.

A student can rack up the same debt to earn a degree in gender studies from Ohio State University as they would for a degree in chemical engineering. While the difference in risk between these two degrees is obvious, the federal government refuses to take it into account. With almost no limit on the amount students can borrow, the lack of underwriting fails both the borrower and the lenders (US taxpayers).

Nearly 40% of borrowers are expected to default by 2023. Ultimately, taxpayers are responsible for any federal student loans that go into default or receive forgiveness. When student debt increases, the vulnerability of taxpayers also increases. Of course, it’s impossible to understand this financial exposure while the federal government maintains a zero percent rejection rate.

It doesn’t take an economist to understand the glaring relationship between this federal aid and exorbitant tuition fees. Fueled by a desire to expand access to higher education, the federal government has increased opportunities for students to receive financial aid through scholarship and loan programs. This policy allowed universities to raise tuition fees without any drop in enrolment.

This relationship laid the foundation for the student debt crisis that followed. The easier it became for students to graduate with federal funding, the more top universities could raise tuition. Yet even as student debt steadily increased by more than $1 trillion, the government simply continued to funnel millions of new students into a loan system that existing borrowers were already struggling to escape.

If universities know the government will be there to cancel student loan debt, how are they incentivized to keep tuition fees low, provide pathways to quality degrees, and prepare students for well-paying jobs? ? This thinking has led many institutions to hoard billions of dollars in untaxed endowments rather than reduce administrative burden and rectify devalued credentials and poor student achievement.

On August 24, President Biden announced he would forgive $10,000 of federal student loan debt for most borrowers. This vote-buying scheme completely rejects historical trends – the government cannot spend to get out of this crisis. President Biden’s relief package is forcing Americans to foot the bill while universities continue to perpetuate the problem.

When presented with the opportunity to take meaningful action, Democrats let their obsession with government “solutions” trump sensible policy initiatives. Behalf equitythe federal student loan system was created out of generous financial aid initiatives that they have championed decade after decade.

Less than 10% of Americans had a college degree in 1964. President Lyndon Johnson outlined strategies to increase this number with the passage of the Higher Education Act. This legislation offered “opportunity grants” to universities that enrolled students with significant financial need.

Because this group of students was too risky to be supported by private lenders, legislation formed a student loan program that allowed banks to provide government-insured loans. This shifted the risk of default from private lenders to hard-working taxpayers.

Since then, Democrats have amended the Higher Education Act several times to expand government involvement in the student loan industry. The more the federal government got involved in higher education, the more institutions could raise their tuition fees. President Biden’s student loan relief plan refuses to recognize this simple relationship.

The sooner we get the federal government out of the student loan business, the sooner future generations can thrive in a fair system where universities are responsible for the outcomes of their students, not the taxpayers.

Congressman Warren Davidson, R-Ohio, was first elected to the United States House of Representatives in a special election in June 2016 and represents Ohio’s 8th congressional district. A graduate of the US Military Academy, he served with the 75th Ranger Regiment, The Old Guard and the 101st Airborne Division.