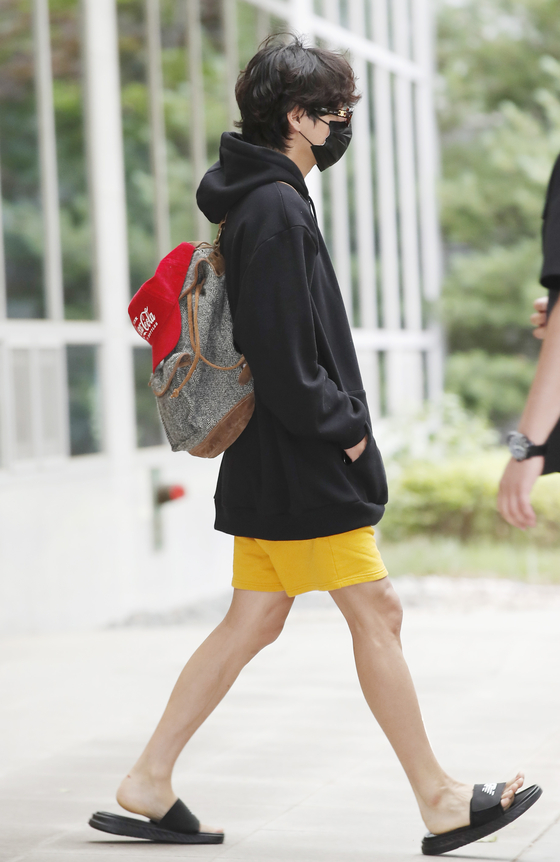 On Tuesday, BTS member V leaves the Seoul Gimpo Business Aviation Center and heads straight for his van without greeting his fans or the local press. [NEWS1]

BTS member V, who returned to Seoul on Tuesday after attending Celine’s fashion show for her Spring/Summer 2023 men’s collection for Paris Fashion Week, posted an apology on Weverse to local press and fandom BTS known as ARMY.

“Reporters, ARMY, I’m so sorry I got in the car right away,” he said. “Have you waited long?”

V arrived on Tuesday via the Seoul Gimpo Business Aviation Center. Photographers and fans were waiting to catch a glimpse of V on Tuesday morning when he was due to arrive around 8:55 a.m. However, due to a delay in his flight schedule, V left the arrival gate well after noon.

Blackpink Lisa and actor Park Bo-gum, who attended Paris Fashion Week with V, stopped in front of the cameras to say a few words, but V walked straight to his van without a word. Photographers couldn’t take a proper picture of him because his back was turned towards the cameras. Some fans expressed their regrets online while others worried about whether V was feeling unwell.

“Brought you a present,” V added, posting a photo of the night sky he apparently took from the plane back to Seoul.

Seán Kelly of Galway should be cleared for the semi-final