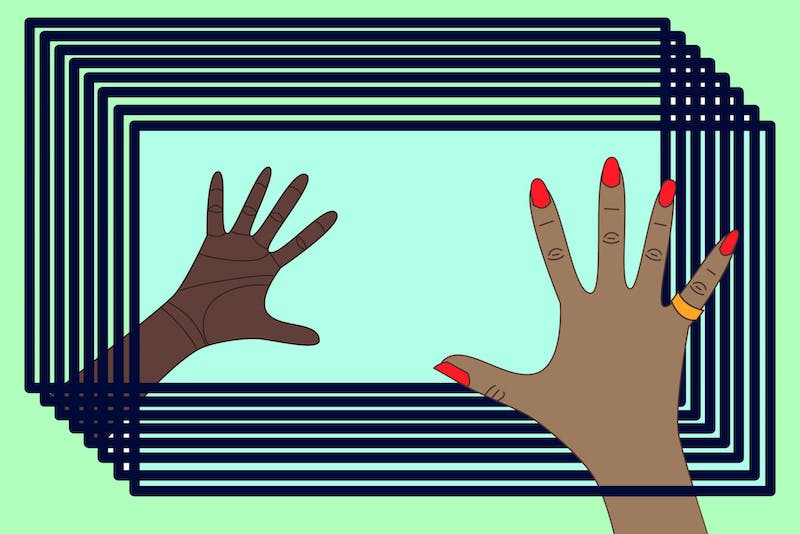 Thoughts on friendship, friendship and the plague of awkward nodding.


As one often does while walking around a small campus with a small population, I frequently run into people I know. But when the circumstances are bad, it can be a very serious thing. These are the worst interactions, those with semi-knowledge. If you’re brave enough to endure it, imagine a long passage, perhaps a hallway or one of the wide gravel paths crossing the Green at seemingly arbitrary angles. Let’s say you just had a lesson in Silsby and want to race in Hinman. You’d be fine, but there they are: someone you kind of know, strolling across the Green, certain to overtake you and force your hand.

You once talked casually at a club meeting, or better (or worse) yet, for the purposes of this cruel thought experiment, they’re a friend of a friend of a friend and you had lunch with them once, three months ago. They’re watching you from across the Green, and you both have to engage in a prolonged and dreadful game of social chicken. It’s a perfect storm. You are not only on the perpendicular Foco-to-Fayerweather road, but the hypotenuse one that geometrically guarantees the most awkward suspense possible. The question that overwhelms you for these 20 seconds rings in your mind: How can I greet them?

A wave might work. Simple enough, but it risks their non-compliance. Plus, that lunch three months ago doesn’t really require a wave. This type of greeting expires somewhere in the fuzzy range of one to two months after lunch, depending on the quality of the conversation. But the quality of conversation is deeply subjective, and what you thought was a good lunch was potentially just a good lunch for them. This could produce a mismatched greeting, the worst sin of passers-by.

It might look like this: You give a slight 45-degree palm-up wave, and they respond with a simple nod. It’s not the end of the world, but this type of interaction has the potential to kill any future restless behavior. The problem with these greetings is that they need to be actively nurtured. Once the names are dropped and a “hey, Connor!” becomes a “hey”, it becomes a wave pretty soon, before the certain downgrade to nodding, nodding even lighter, before finally all hell breaks loose – eye contact is made but both sides panic, looks are quickly averted, and knowledge is left dead in the mud.

There are people I luckily have good chemistry with in that regard. With this perfect knowledge, although we haven’t resumed the conversation since orientation week, we’ve worked hard to stay in that legendary “hey, [first name]!” level. There are others who have slipped down the hierarchy of greetings, and to my immense regret, whereas once we were the best acquaintances, we are now only ships passing in the night (on the Green).

The thing is, this greeting game is tricky. There are a lot of variables at play: walking speed, wave timing, eye contact extension and, of course, the time elapsed since the last similar greeting. Not to mention that you must actively calculate your opponent’s action at the same time as your own, creating a strange social prisoner’s dilemma in which both strategic parties could theoretically optimize their outcome through cooperation, but cannot due to imperfect information.

Now back to when you see them – they’re getting closer. Maybe they’ll break left in the middle of the gravel strip? No. The salute, whatever awkward form it takes, will happen, and you’re a failed mutineer staring at the plank stretching from your ship, hoping that the fall into shark-infested waters will never happen by magic. But it’s time to get real. Clear your throat, in case they opt for a verbal greeting. Closer, closer.

It was a snap. Neutral, good and it’s over. You returned the nod, matching almost exactly the degree to which they smiled. Time will tell how this bodes for future greetings. A natural course would be for at least one or two more nod interactions, but if you start a real conversation at some point, you might be back on choppy terms. Let’s try to keep things realistic, though, and don’t expect to revert to first name status. A few nods in a row pretty much kill those chances.

What I hadn’t prepared myself for in college was the extent to which you sort of become familiar with everyone. This engenders a new level of interaction, one that requires a lot of mental effort and is distinctly unnatural compared to the true friendships that come so naturally: simple, friendly kindness for kindness’s sake.

“I assume I know this person?” Sure, I don’t hate them, but I don’t know if I would say we’re friends? The simplest option is to keep the greeting crafty. And alcohol throws a whole other unbearable key into all of this: we talked for 20 minutes on Friday night about the mini crosswords – do I now opt for a nod or a wave during those horrible processions on the green (or really any long, narrow stretch with good forward visibility and little ability to hide)?

Knowledge is a seemingly innocuous but truly catastrophic situation. My social engine has very little mileage, and a lot of it is undermined by these passers-by. Worse still – and requiring an entirely separate analysis – is the acute pain of entrapment in small talk. It’s skipped line chatter, and it’s insidious. Consider the social glut after the break, with most conversations showing little deviation from the following pattern:

“Hi man what’s up! How was the break?

“Oh, man, that was good. Just nice to relax, you know.

“Oh yeah, absolutely. It feels weird to be back though.

“Right! Alright, see you later. We should have a meal.

The orientation jokes were even more hilarious:

“Hello, nice to meet you! Where are you from? Oh, honey, I’ve never been there. Do you live in Le Fleuve? Oh man, that sucks! Ha ha.

By wading through this mud of chatter, I think I have indirectly understood why friendship is so fantastic: it is natural, automatic and deeply unforced. It is the release from the uncertainties of passages on the Green or the pain of a Zoom breakout room. It’s easy and requires no calculations. It’s heartfelt and genuine, and most importantly, greetings are something you look forward to.