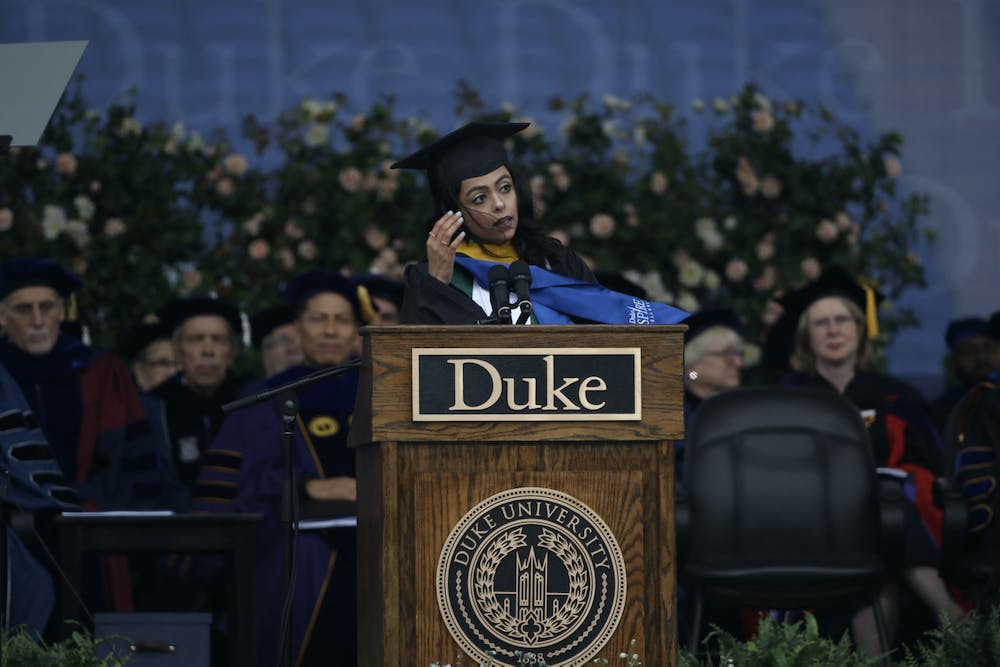 Duke administrators are reviewing the 2022 student kickoff speech after The Chronicle reported that its language resembled an old Harvard kickoff speech.

Priya Parkash, Trinity ’22, dubbed the University as her own “Duke Nation”, but this central metaphor and other elements of her speech bore striking similarities to Sarah Abushaar’s speech at Harvard’s graduation in 2014.

“We are aware of and concerned about these allegations and have initiated a process to understand the facts of the situation. Duke expects all students to uphold their commitment to the Duke Community Standard in everything they do as students,” Michael Schoenfeld, vice president of public affairs and government relations, wrote in a statement. message to The Chronicle on Tuesday morning.

The statement read: “When I was asked to give the keynote address, I was overjoyed at such an honor and sought advice from respected friends and family on matters I might to land. I was embarrassed and confused to discover too late that some of the suggested passages were taken from a recent commencement address at another university. I take full responsibility for this oversight and regret if this incident in any way distracted from the achievements of the Duke Class of 2022.”

Schoenfeld told The Chronicle in a post that Duke “was not involved” in Parkash’s statement. He added that “to the best of [his] knowledge, “the University” has never worked with “Red Banyan.

Asked about Parkash’s statement that she was “asked to give” the speech, Schoenfeld wrote in a post that “all students can submit an application” to speak.

The selection process was new this year, and the change took place to “facilitate application” and “emphasize the student perspective,” according to the February release.

Get The Chronicle straight to your inbox

Kathryn Thomas is Trinity’s junior editor and editor of the 118th volume of The Chronicle.