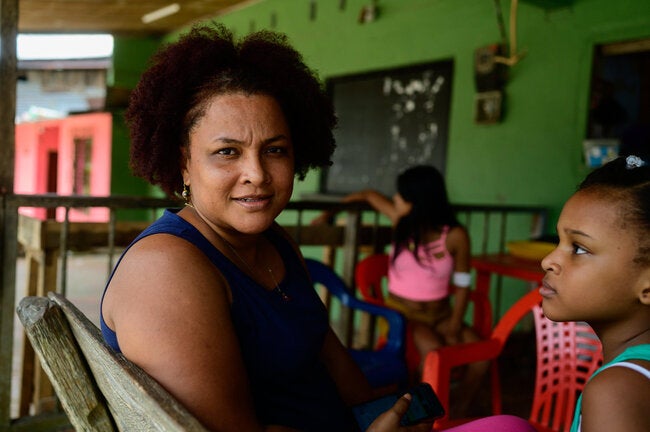 On International Day for People of African Descent, PAHO Participates in Panels with WHO, OAS, and RIAFRO

The panel, organized by the World Health Organization (WHO), brought together representatives of the United Nations Expert Working Group on People of African Descent, the University of California and the University of Harvard, among others.

At the same time, experts from PAHO, the Organization of American States (OAS), and the Inter-American Network of High Authorities on Policies for People of African Descent (RIAFRO) also gathered to commemorate this day to discuss ways to strengthen collaboration to address ethnic and racial inequities in health.

“In the Region of the Americas, people of African descent make up almost a third of the population,” said the Director. “Yet they are often invisible and their contributions to the Region go unrecognized.”

Systemic racism contributes to reduced access to health insurance, lower quality medical treatment and poorer health outcomes. This situation is exacerbated by gender inequalities, with women of African descent being more likely than all others to be without health coverage in several countries.

“The enjoyment of the highest attainable standard of health is one of the fundamental rights of every human being without distinction of race, religion, political ideology or economic or social condition”, declared the Dr. Etienne.

Yet in some countries in the Americas, women of African descent have a maternal mortality rate nearly four times higher than that of non-African women.

The COVID-19 pandemic has also had a disproportionate impact on populations of African descent. Greater economic insecurity has meant that Afro-descendant populations have been less likely to afford prevention methods such as masks, and reduced access to adequate housing and sanitation facilities during the pandemic has had an effect training on their ability to quarantine themselves safely.

“Our strategies to deal with COVID-19 are not uniform. We need clear, strong and inclusive responses to the specific circumstances of Afro-descendant communities who are the experts on both the problems that COVID-19 presents and the actions needed to mitigate these impacts,” said Dr Etienne.

At the PAHO event, experts also discussed ways to better monitor ethnic and racial inequalities in health and their impact on community health and well-being.

PAHO’s Ethnicity and Health Policy and Plan of Action documents the health challenges facing the Afro-descendant community in the Americas and generates commitments to address them.

To realize the fundamental right to health for all, we need “everyone on deck,” the PAHO Director said, “to lead with Afro-descendant communities, expand our partnerships, engage national authorities and collaborating with universities and the United Nations system.

How to File KRA Returns Online