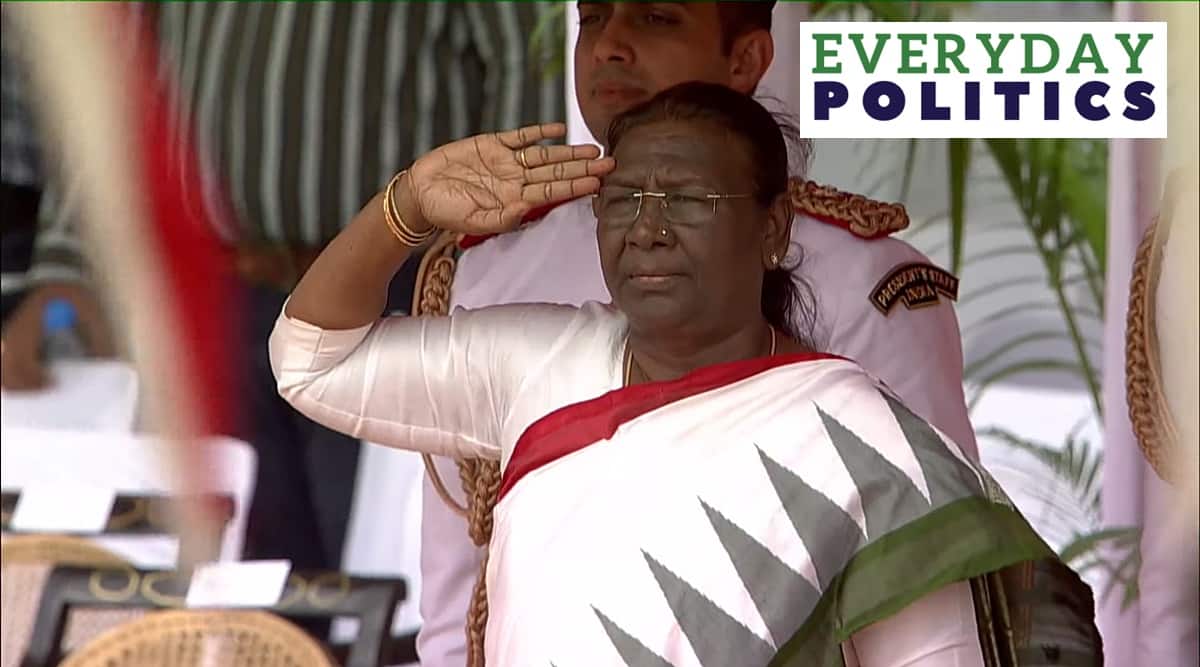 India’s 15th President Draupadi Murmu took office on Monday with a “Johar” greeting to the country.

‘Johar’, which basically means ‘greeting and welcome’, is used in tribal communities in Jharkhand and parts of Chhattisgarh and Odisha. According to several tribal leaders in Jharkhand, the word “Johar” also means “paying homage”. The tribal communities are nature worshipers and follow the religious code of Sarna, although it is not an official religion.

Do all tribal communities use the word “Johar” to greet?

There are 32 tribal communities in Jharkhand who speak different dialects. Almost all of them, including tribal Christians, use the word “Johar” with a few other words for the greeting. Johar, is mainly used by Santhali, Munda and Ho communities who share some similarities. People belonging to the Oraon community use the word “Jai Dharam”, apart from Johar, as a greeting.

Is there only one form of “Johar” greeting?

There are at least four types. One of them is “Doboh Johar”, which is used between people one of whom has a higher status. Ratan Tikrey, a former member of the Tribal Advisory Council (TAC) said that in ‘Doboh Johar’ there is a ritual where the person with a cup full of water bows to the higher ranking person.

“The person bowing will touch the earth and in return the other person will wash their hand (using water in the cup) and let the water fall on the earth. The whole exercise means that the hospitality shown was accepted.

Since when is Johar’s greeting used?

Leaders of tribal communities say the greeting has been used since “time immemorial”, adding that it is unclear when it actually started.

How did Claudia Barretto react after Dennis and Marjorie posted separate greetings for her? – Manila Bulletin