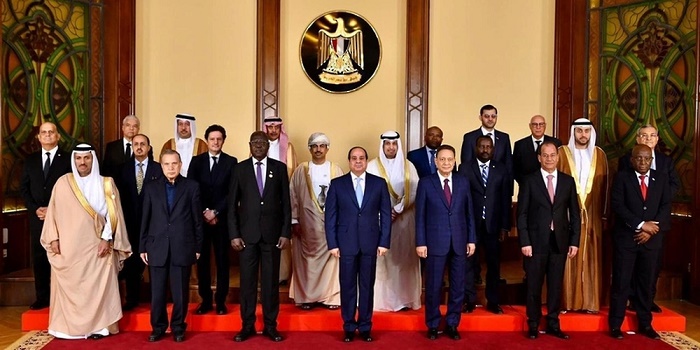 The Minister also conveyed His Majesty the Sultan’s wishes for good health to the President and further progress to the Egyptian people.

In turn, President el-Sissi asked the Minister to convey his greetings and best wishes for good health to His Majesty the Sultan, as well as his wishes for prosperity to the Omani people.

During the meeting, President el-Sisi affirmed Egypt’s belief in the strategic role of the media in strengthening Arab countries’ efforts to achieve stability and development, including addressing national issues and deepening public awareness. President el-Sisi underlined “the common challenges facing the Arab world”.

During a speech he delivered at the event, the Minister emphasized the important role of the media in portraying modern development. He called for developing Arab media content so that it can reflect the strength of national entities and aspects of their stability.

Dr. Abdullah emphasized the importance of the media in disseminating the proper concepts of the Islamic religion in a way that promotes peace and stability, builds nations and stimulates knowledge.