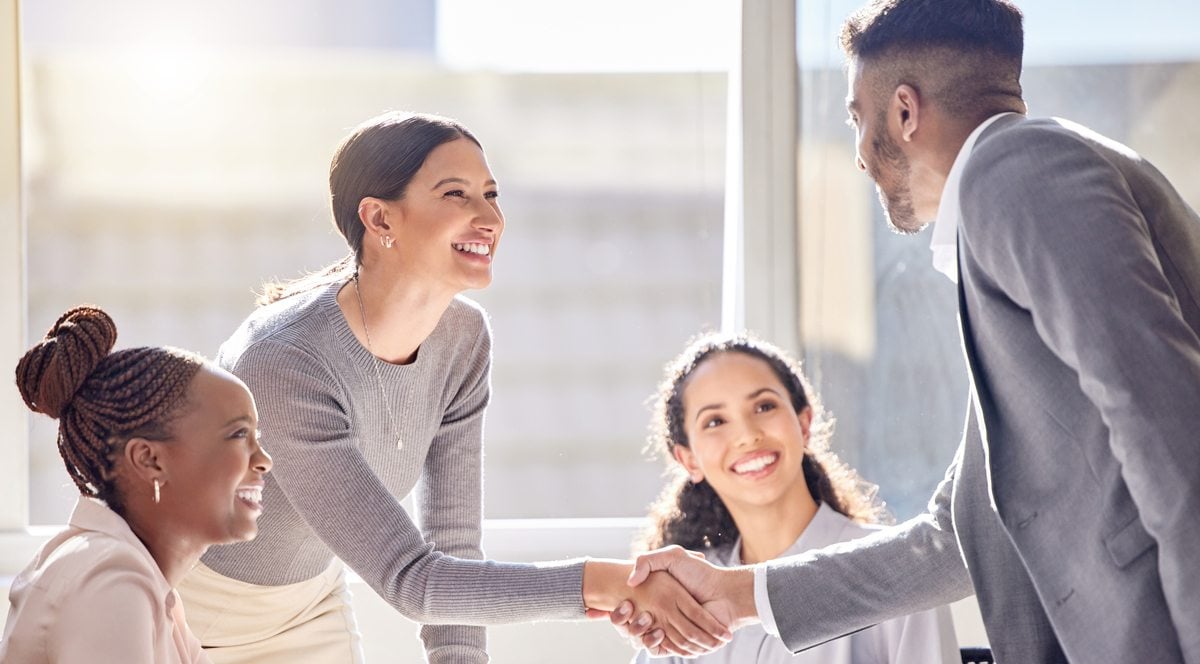 How to become gender neutral in your greetings

When speaking to individuals or groups of people face to face, over the phone, or by email, the usual intention is to show warmth, welcome, and respect. However, this positive goal is not always achieved, especially when gendered remarks are used. Fortunately, we have advice on how to become gender neutral in your greetings and have a major impact on those around you.

Whether it’s pointing out countless examples of gendered greetings we regularly hear in society, learning the problematic nature of gendered greetings, or taking the first step by sharing your own pronouns in interactions, we’re here. to raise awareness of the place of non-gendered greetings. in today’s evolving landscape of gender identity, inclusion and expression. After all, prioritizing this communication shift will affect more people personally than you might think.

The Personal Impact of Gendered Remarks

“Will that be all, sir?” the associate told me as I pulled out my wallet to pay for my groceries.

“All set,” I replied, lips still parted, poised and wanting to correct them, but deciding not to. Instead, I clenched my mouth and went on with my day, mildly insulted.

It rarely made me feel better to tell someone they used the wrong gender greeting. Often it made me feel even worse to point out their mistake. The generally well-meaning offender felt embarrassed and apologized and I felt bad that he felt bad and wondered why I hadn’t left him alone. Or worse, sometimes they didn’t seem to care that their guesses had made someone uncomfortable, which made me outraged. When I said nothing, however, I carried the burden of feeling bad on my own. Also, even though I could erase the pain after a few seconds, they had no way of knowing they had mislabeled someone and were more likely to do it again, perhaps to someone who might be more vulnerable. than me, as a younger person or a transgender person.

Gendered greetings are more common than you think

There’s no good reason to put complete strangers going about their business in a cerebral and emotional meltdown just because you tried to guess their gender and got it wrong. Yes, habits run deep, but just because our gendered discourse is largely unconscious doesn’t mean it doesn’t harm others. It’s a great time to lean into a deeper respect for others and throw gender greetings into everyday life.

“Gendered greetings happen more than we realize,” said Jane Barry-Moran, New York-based director of research and program strategy at Our leadership, a global LGBTQ+ business network that helps leaders and businesses connect with talent, transform organizations, and compete for social gain. “Of course, in writing it’s easy to spot – ladies and gentlemen, Mr., Mrs., Mrs., etc. It’s also common in our terms of speech like ‘you guys’, which are, in effect, gendered and can feel uncomfortable for many,” Barry-Moran said.

“Can I get you a refill, ma’am?” “How can I help you sir?” “Ladies and gentlemen, please be seated.” The more you look, the easier it is to spot just how ubiquitous gender greetings are – when you’re greeted by an associate in a store or a service person in an establishment of any kind, over a loudspeaker in theaters or sports arenas, or at work or school.

Why guessing someone’s gender is problematic

Our gender is assigned to us as one or the other even before we are born and we are placed in strict boxes with these labels for life. These labels, whether or not they correspond to who we know we are, determine the colors we wear as babies, the toys we can play with, the activities we can engage in, how we are supposed to act and feel, who we’re supposed to like and befriend, what jobs we’re supposed to pursue, and how much money we’ll make. We are forever prescribed to one of these two boxes and reminded of how well we fit into it or not, each time we are greeted by a stranger.

“When someone uses greetings like ‘ladies and gentlemen’, ‘mister and madam’ or ‘boys and girls,’ it implies that there are no non-binary people in the audience,” Eli Erlick said. , founder of Educational resources for trans students At New York. “It both deceives and erases people who would have wanted to participate in an activity, conversation or event.”

Related: What it means to identify as “non-binary”

If we don’t match the presumed gender that society has assigned to us, people are mistaken. It can lead to anything from hurt feelings to aggression, or worse. For LGBTQ and transgender people in particular, this means that mundane tasks like going to the supermarket, learning in school, or walking down the street can pose threats of bodily harm.

“Being gender-bad for trans and non-binary people is extremely uncomfortable and a heightened experience of oppression,” Barry-Moran said. “When we misgender someone, we cut to a deep part of their own story and their own identity. People make mistakes about pronouns or gendered language and that’s fine, but not wanting to learn from those mistakes is disrespectful of someone’s experience and identity.

The landscape has changed and the greetings must too

Times are changing and our gender greetings need to be updated to match the reality of gender identity and expression that exists today. According to a 2019 Pew Research Survey.

About 3% of the US population, roughly the same number of people who are red-haired, transgender, or identify with a different sex than they were assigned at birth. An estimated 1.2 million people in the United States identify as non-binary or do not identify with either gender. UCLA Law School Williams Institute.

How to become gender neutral in your greetings

The idea of ​​constantly having to be aware of and actively remove gendered words from greetings can seem overwhelming at first. After all, they are so deeply embedded in our psyche that breaking this learned habit takes effort. It may feel uncomfortable at first or forced. Change is rarely comfortable or easy, but that doesn’t make it bad or worth doing. In fact, according to the great Albert Einstein, “The measure of intelligence is the ability to change.”

As society evolved, we moved away from gendered titles and greetings. Firefighters have become firefighters, gendarmes, policemen, construction men to construction workers. These terms may have seemed inconvenient at first to those who used the older words daily, but they have now become second nature, like almost everything with time and usage. The same goes for gendered greetings that you may use regularly.

“It’s as easy to unlearn a presumptive language as it is to learn it in the first place,” Erlick said. “We are taught from an early age to integrate gender into our language. It is difficult for many people to leave behind the formalities they were taught in childhood. However, relearning gendered language is more of a cultural struggle than an exercise.

How do genderless greetings work in practice?

Start by being aware. Stop if you greet someone with allegedly sexist language. Say, “Hello, can I help you?” rather than “Hello, guys.” It’s so simple! Or “Attention guests, please head to the ballroom for the main program,” rather than “Attention ladies and gentlemen.” It’s that simple.

There are also gender-neutral terms that are already in the English dictionary ready for you to choose. “For the classroom, TSER always recommends ‘students’ instead of ‘boys and girls,'” Erlick said. “It’s clear and concise; plus, it doesn’t infantilize the students!”

Erlick also recommends that terms like Mx. can be used in place of Mr or Mrs if you don’t know someone’s gender. The term, which has been around since the 1970s, is becoming increasingly popular. “It’s important to remember that we’re not trying to get rid of ‘M.’ or ‘Ms.’ as some experts claim,” Erlick said. “We just don’t want to make assumptions about how someone prefers to be referred. If anyone wants to use those terms, it should be up to them individually.

As for written versus verbal greetings, you can add pronouns on video conferencing platforms and change email greetings to gender-neutral terms like “friends” or “colleagues,” Barry-Moran shared.

“You have a platform and an audience regardless of your industry or type of role. Your words have an impact and it can be a great way to signal that you’re working to create an inclusive place for your team, colleagues and clients,” Barry-Moran said.

When gendered greetings are acceptable

Being more aware of when and how you use gender-specific greetings will only help you be more inclusive and avoid offending people. But you don’t still should avoid using gendered language.

When meeting someone in addition to being transient, such as when you are engaged in a deeper conversation or meeting someone you will be spending some time with, you can use gendered greetings or references.

“We use gendered language in everyday speech,” Erlick said. “Pronouns, greetings and greetings are often gendered. Unlike the current social panic, the trans community does not want to get rid of gendered language. What we want is exact Language. We cannot tell someone’s sex just by looking at them or knowing their name. First we have to ask. Addressing trans and cis people with the correct gender helps us create more welcoming spaces. »

The key to getting the correct gender greetings is not to assume their gender or pronouns. Just ask instead.

Introduce your own pronouns first as a respectful way to ask, Barry-Moran suggests. “By introducing your own pronouns, you are acknowledging that one should not assume and [it creates] space for people to feel comfortable saying their own favorite greetings,” she said.

If you mess up, “Apologize and move on!” Erlick said. “Sometimes gender mistakes can happen accidentally and that’s okay! We all make mistakes.”

Next? 40 gifts that support the LGBTQIA+ community!

Father’s Day greetings to our readers