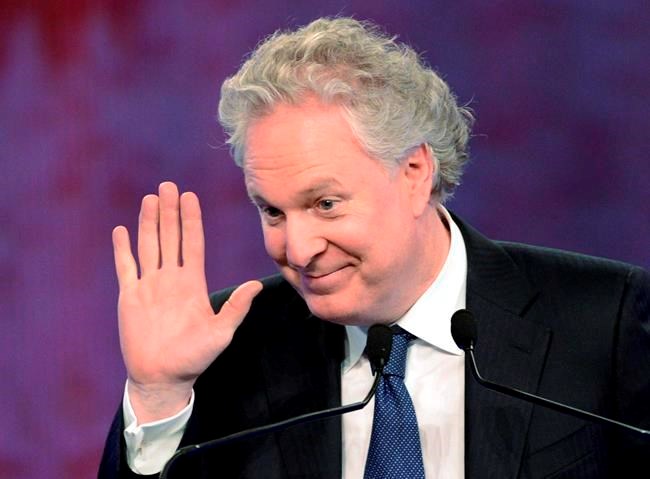 “We don’t have a freedom problem. We have a Trudeau problem.”

Canada is one of the freest countries in the world. It’s not spin. This is a fact confirmed by Canadians in a recent poll.


But we cannot take for granted the real anguish and frustrations that many Canadians have felt and endured under Justin Trudeau’s identity politics regime for the past seven years.

He sowed the seeds of division – we see where this road leads.


Under the Trudeau government, Canadians have seen a surge in public frustration and an increase in lockdowns, whether on our critical resources and infrastructure or due to pandemic-related restrictions.

We have seen women in high-level decision-making positions being kicked out of his government for challenging his behavior.

We have barely heard a whisper of how his government intends to prepare us for future pandemics or an acknowledgment of the very real need to reform our healthcare system.

We have seen him prioritize ideology, imposing a carbon tax hike at a time when household affordability has never been a greater concern.

We stood idly by, unprepared to support Ukraine against the Russian invasion.

And this week, we were reminded that his inaction and indifference have failed to protect the rights of women, minorities, and LGBTQ2S personnel from an endemic culture of sexual misconduct in our armed forces.

We don’t have a freedom problem. We have a Trudeau problem.


Inflation out of control. An opioid crisis on our streets. A housing affordability crisis. Abandoned pipelines. Increase in hate crimes.


These are serious domestic challenges compounded by the war in Ukraine, a sovereign nation overrun by those who oppose democratic values.


You would think that, given the serious challenges facing our country, our Prime Minister would move with breakneck speed to get our economy back on track, strengthen our national defense and protect our most vulnerable.

The choices we make as the Conservative Party of Canada matter a lot to the future of our country – not just our Party.

I believe that Canada needs serious Conservative leadership to hold the Liberal-NDP coalition to account and prepare to govern during one of the most disruptive and difficult times in the history of our country.

I also believe that Canadians expect the Conservative Party of Canada to be the strong and serious alternative to Trudeau’s corner politics.

From the start of my campaign, I decided to focus on developing substantive political ideas.


We owe it to Party members and Canadians to debate what kind of Conservative Party of Canada we want to be.

What are we standing for? Conspiracy theories that encourage anarchy, promote bizarre economic ideas and exploit anger?

What do we care about? Shocking, amazed YouTube shares and comments to reward our social media algorithms?

I believe in a conservatism open to progress. This race was never about cutting conservatives. It was about being relevant on the issues that matter to Canadians today and into the foreseeable future.

As Edmund Burke said, “We must reform to conserve”. And we must preserve those things that matter so deeply to all of us – freedom of choice, the rule of law, human dignity, financial responsibility, duty to family and our national security.

We don’t burn institutions to the ground for short-term political gain. This kind of shooting from the hip approach is dangerously nearsighted.


To meet the greatest challenges of our time, we need serious and thoughtful leadership to make our institutions more responsive to public needs, more nimble for the future, and more fit for our modern challenges.


This is the kind of Conservative Party of Canada that I believe we can be and that Canadians will vote for.

After receiving threats, Naveen Jindal asks everyone not to share his address online