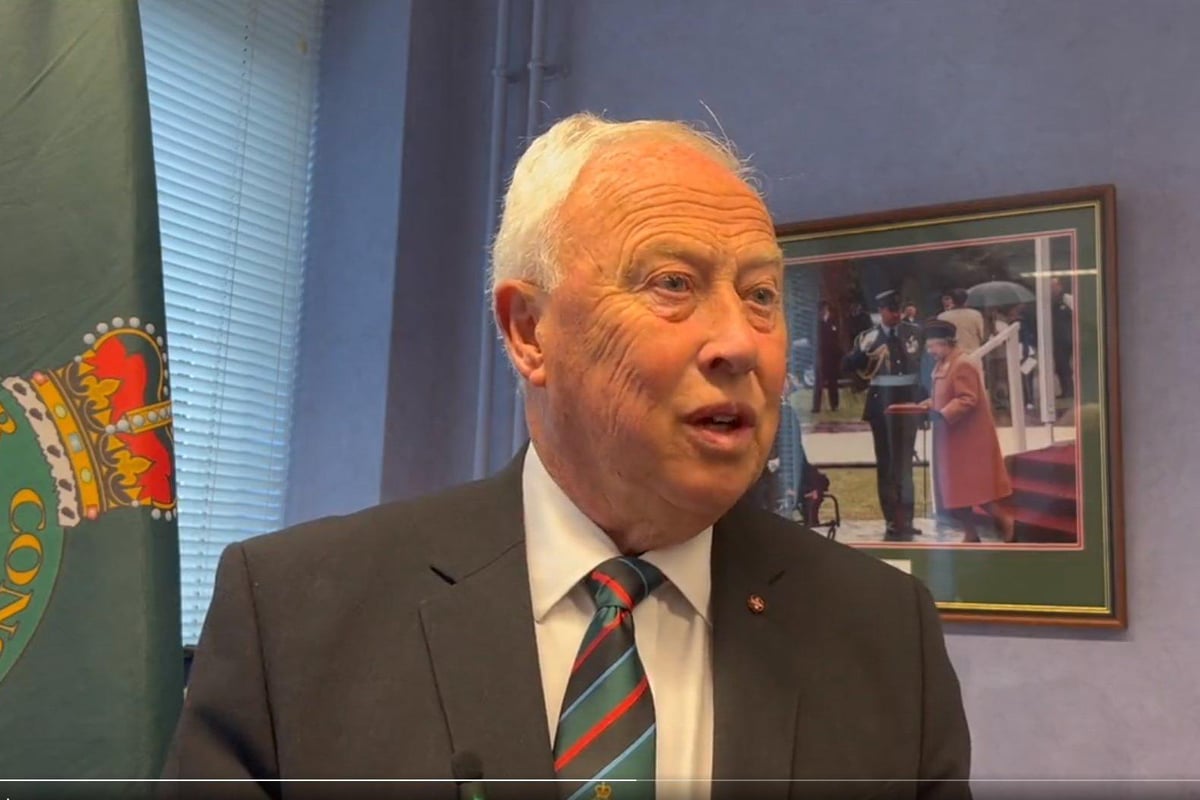 King Charles met the former officers’ representatives at Hillsborough Castle on Tuesday – reinforcing the monarch’s longstanding support for the men and women he has previously praised for their “courage and heroism”.

The King met Stephen White, a former RUC Deputy Chief Constable, as well as a Trustee of the Foundation, during the monarch’s tour of the British nations following the death of her mother, Queen Elizabeth II.

Commenting on the Hillsborough meeting, Mr White said: ‘As a member, and indeed chairman, of the Royal Ulster Constabulary GC Foundation it was of immense significance.

“The very fact that I and one of my colleagues, Administrator Michael Davidson, were invited to meet His Majesty the King, to be there at these Hillsborough events, meant a lot.”

In an online video message, Mr White said he could not divulge exactly what was discussed but was greatly encouraged by the King’s continued support and interest.

“Obviously we don’t talk about what the royal figure is talking about, but I can say that I was able to express my condolences and wish him a happy, healthy and successful monarchy, in his role as King Charles III,” he said. -he declares.

“And also to hear from him how much he appreciated the work of the RUC GC Foundation.

“I really feel like I represent the whole RUC GC family and I’ve made that very clear – this includes our widows, our bereaved and our disabled people,” Mr White added.

At a service marking the centenary of the formation of the RUC in May this year, a message of support from the Prince of Wales was read at St Anne’s Cathedral, Belfast.

Charles said hearing some of the experiences of the RUC families had “left an indelible impression on him”.

He added: “It is deeply appropriate that we mark sacrifices together, honor acts of courage and heroism and pay tribute to the achievements of all who have served in the RUC. We especially remember the widows and families and those who supported serving personnel with such courage and dedication.