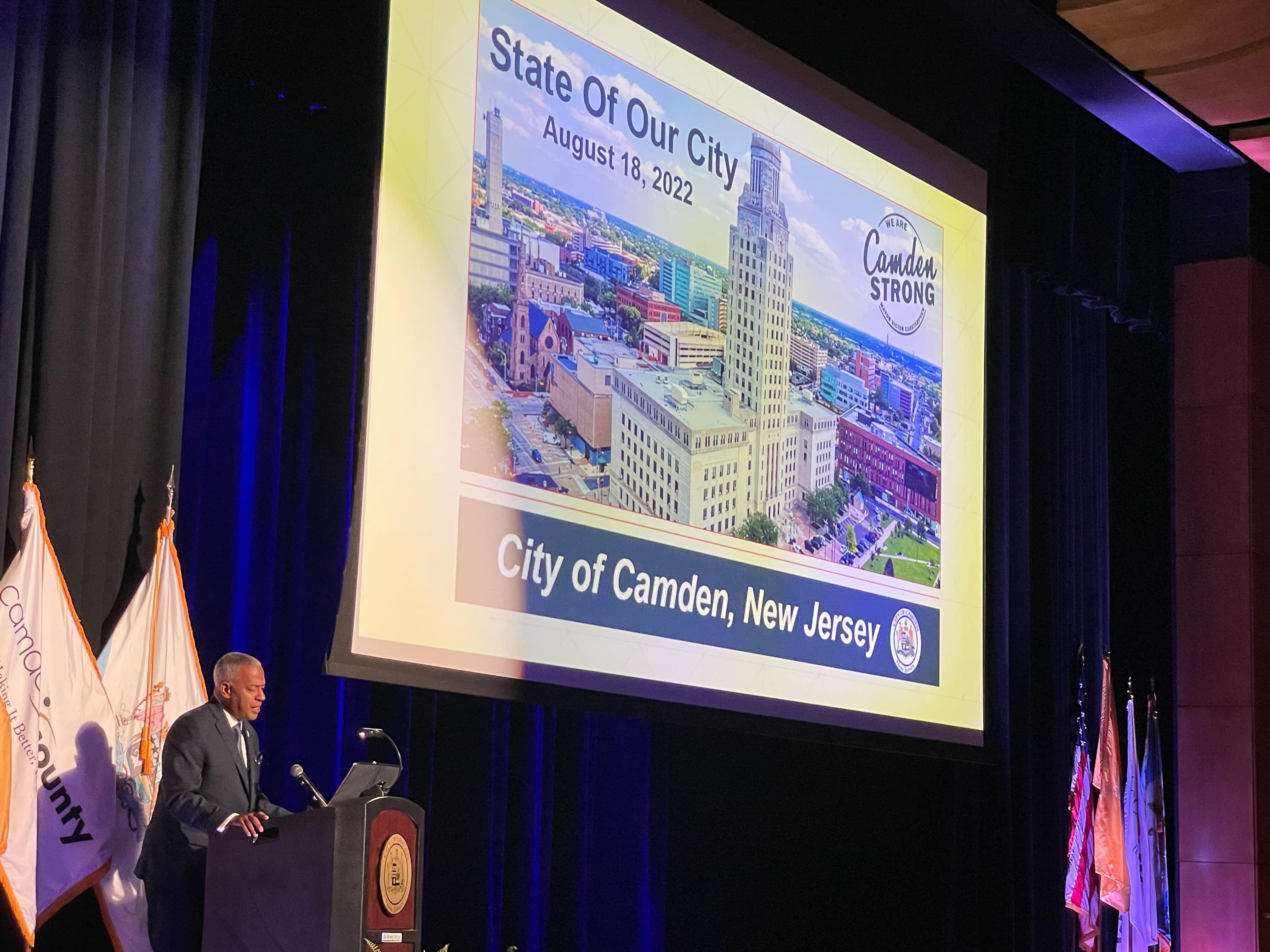 How strong is Camden?

Some of the highlights shared by the mayor include crime at its lowest level in five decades, the demolition of 140 degraded properties with a second phase underway, a budget that was delivered on time, an improved credit rating, unemployment in the city is low, and more students are attending college from the city school system.

“Let’s be clear, we have work to do,” he said, “but our progress is real and tangible.”

During the 56-minute speech, supplemented by a PowerPoint presentation, Carstarphen emphasized the theme of teamwork and partnerships, as he reflected on Camden’s revitalization beginnings around a decade ago. , and what has happened since he took office in May 2021 as interim mayor. after Moran resigned due to health issues.

He hailed his “partners” at the city, county and state level, federal representatives in Congress, various community leaders and organizations, as well as South Jersey Democratic machine boss George Norcross, who is also Chairman of the Board of Cooper University Health System and Hospital.

Carstarphen said the city has improved since releasing the plan for the first 100 days of his administration, which he said addresses the issues that most concern residents.

He also spoke of the gains made through his “Camden Strong” initiatives, a holistic approach to improving residents’ quality of life. This has led to the demolition of 140 derelict properties, with another 140 units expected to be demolished in the current phase.

The mayor also said they were working to fix city streets, some of which have not been repaired in decades. He added that pavement improvements on the city’s worst street, 27th Street, will begin once the underground work is complete.

What are we supposed to do now? – Electronic Jewish Philanthropy