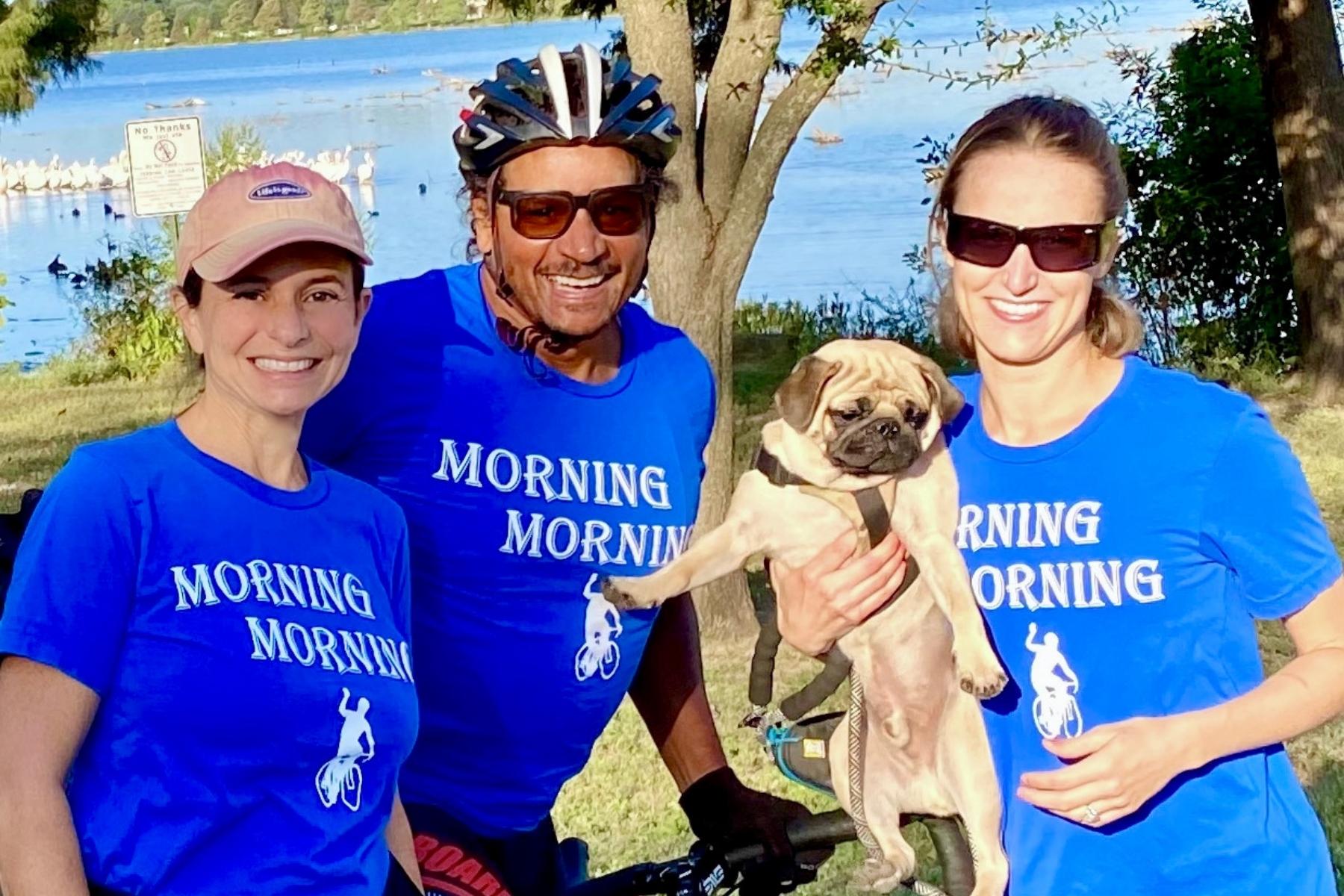 There is a cyclist at White Rock Lake who likes to say hello. No big deal, right? Well, this guy tells everyone he meets. Joggers, walkers, other cyclists, he shouts: “Hello! Morning!”

I also ride by the lake. I’m a clockwise guy, if you keep score. Morning Guy is a counter-clockwise guy. For years he gave me this greeting. Each time, it’s a surprise. I’ll roll around, focused on not hitting a small child with a death wish or being tethered by a dog’s leash and, “Hello! Morning!” He left before I even fully understood that I just received a cheerful greeting from Morning Guy. He always brings me a smile. And I always spend a few minutes wondering what degree of madness is fueling him So I found him.

I’ll be rolling, focused on not hitting a small child with a death wish and, “Hello!” Morning!” He left before I fully understood that I just got a greeting from Morning Guy.

Joe Chatham is a retired Dallas police officer who runs a youth-focused nonprofit called Empower Your Future. He bikes about 350 miles and six days a week. Turns out he lives a few blocks from me. Three years ago, he heard of a Golden Gate Bridge jumper who survived and said he wouldn’t have tried to end his life if someone had shown him kindness. This story and Chatham’s desire to make the world a better place led him to start saying hello to everyone.

I asked if he ever got tired of it, because now, even if he wanted to, he couldn’t make a single loop around the lake without greeting everyone he passed. Chatham laughed, which he does easily, and said, “It’s not about me. It’s about all of us. It’s about doing something for someone without expecting anything in return.

So the answer is high octane. This is the kind of madness that fuels Joe Chatham. The best kind.

Oh, one more thing: not everyone is a morning guy. Chatham told me about a woman he knows who took the time to send him a profanity-filled text expressing how much she didn’t appreciate his greeting. Me, I’d aim to knock the woman over the next time I found her at the lake, see if that was more to her liking. Chatham, he just laughed.

The most important Dallas news stories of the week, delivered to your inbox every Sunday.

Tim is the editor of Magazine Dwhere he has worked since 2001. He won a National Magazine Award in…