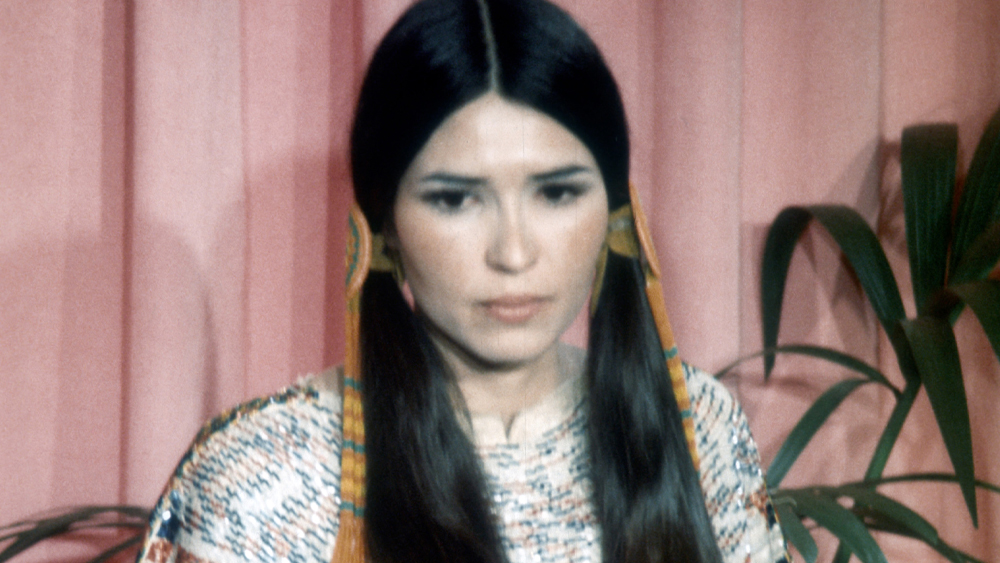 The Academy of Motion Picture Arts and Sciences said Monday it had officially apologized to Sacheen Littlefeather for the actress’ famous 1973 Oscar appearance, where she appeared on behalf of Marlon Brando to decline his Best Actor Oscar for his role in The Godfather.

The ‘Reconciliation Statement’ signed by current AMPAS President David Rubin was sent out in June but revealed today as the Academy Museum of Motion Pictures announced plans for ‘An Evening with Sacheen Littlefeather “, a program involving and programmed by Littlefeather which will take place September 17.

At the 1973 Oscars, Littlefeather read a message from Brando after his name was announced highlighting Native American stereotypes in the entertainment industry as well as the 1973 Wounded Knee protest in South Dakota. The Academy said today that this moment “led to her being professionally boycotted, personally attacked and harassed and discriminated against for the past 50 years”.

Littlefeather, a White Mountain Apache, spoke out last year in a documentary titled Sacheen: Breaking the Silence said Brando was thrilled with her performance, but then felt abandoned by the actor amid the ensuing backlash over her appearance. In the doc, she claimed she had been “blacklisted” by Hollywood and had never had another film or television role.

“As for the apologies the Academy gave me, we Indians are very patient people – it’s only been 50 years! We have to keep our sense of humor about it at all times. This is our method of survival,” Littlefeather said in today’s press release. “I never thought I’d live long enough for this program to happen, featuring such wonderful Indigenous artists and Bird Runningwater, a television and film producer who also guided the Sundance Institute’s commitment to aboriginal filmmakers for 20 years through the Institute’s labs and Sundance Film Festival It’s been a dream come true It’s deeply heartening to see how much everything has changed since I didn’t accept the Oscar 50 years ago. I’m so proud of every person who will appear on stage.

The museum event will include a land reconnaissance courtesy of Virginia Carmelo (Tongva/So. CA), a reading of the Academy’s letter, several Native American performances, and a conversation between Littlefeather and Runningwater, the latter member of the Academy, producer and co-president of the Indigenous Alliance of the Academy.

Here is the letter from the Academy, published for the first time today in THR.

I write to you today a letter that took a long time to arrive on behalf of the Academy of Motion Picture Arts and Sciences, with humble acknowledgment of your experience at the 45th Academy Awards.

As you stood on the Oscars stage in 1973 not to accept the Oscar on behalf of Marlon Brando, in recognition of the film industry’s misrepresentation and mistreatment of Native Americans, you made a powerful statement. which continues to remind us of the need for respect and the importance of human dignity.

The abuse you suffered because of this statement was unwarranted and unwarranted. The emotional burden you have experienced and the cost of your own career in our industry is irreparable. For too long, the courage you have shown has gone unrecognized. For this, we offer you both our most sincere apologies and our sincere admiration.

We cannot achieve the Academy’s mission to “inspire the imagination and connect the world through film” without a commitment to facilitating the broadest representation and inclusion that reflects our diverse global population.

Today, nearly 50 years later, and under the leadership of the Academy’s Indigenous Alliance, we stand firm in our commitment to ensuring Indigenous voices – the original storytellers – are visible and respected contributors. of the global film community. We are committed to fostering a more inclusive and respectful industry that relies on a balance between art and activism to drive progress.

We hope you receive this letter in a spirit of reconciliation and as recognition of your essential role in our journey as an organization. You are forever respectfully anchored in our history.

With my best regards,