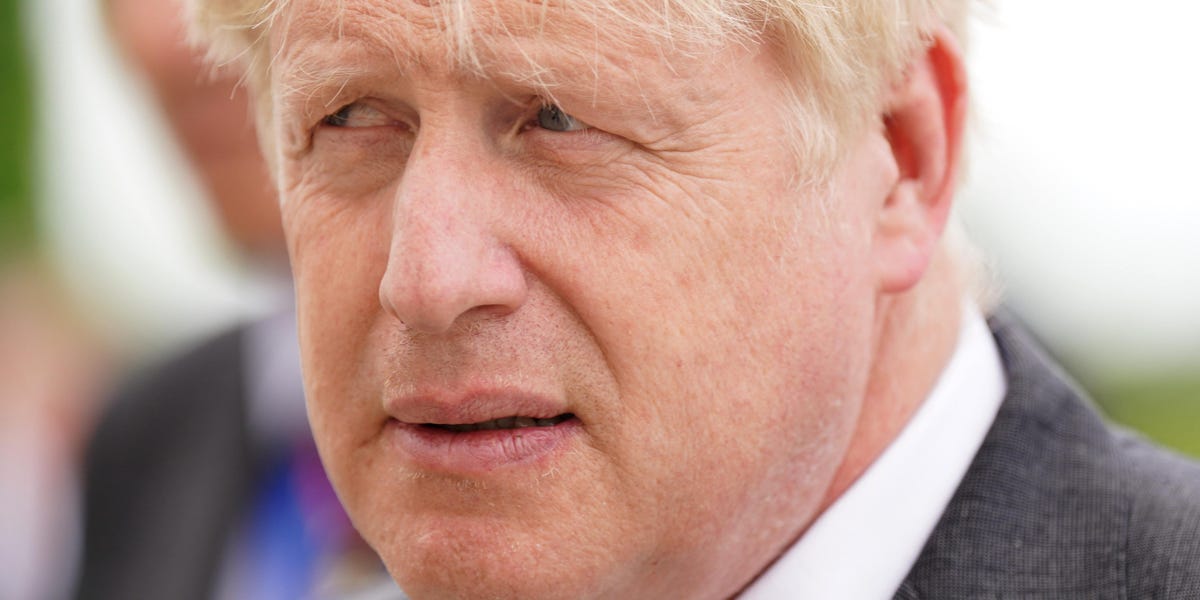 Tory rebel backbenchers are plotting a ‘more organised’ attack on Boris Johnson, sources say, despite fresh rumors of a snap election which could yet thwart their plans.

Conservatives in the UK’s 80 most marginal seats were asked to lodge their campaign plans for a general election with CCHQ on Thursday. The request came during a day away from a “target seat launch event” held in May.

Although long planned, the move has reignited concerns among backbench MPs that Boris Johnson could call for an early vote this autumn, potentially putting fringe MPs at risk of losing their seats in hopes of retain an overall majority.

A backbench MP told Insider: “He’s going to stand in the October 27 election…Why do we sit an extra week in September? We normally do two weeks. This time it’s three. So, at what’s the use of this third week if not washing?”

The washout period refers to a period of time before the dissolution of parliament when MPs rush to pass unfinished legislation.

Another MP said the Tories were ‘awaiting an election anytime from September’, noting it was more likely ‘if they opted for the Prime Minister’.

He added: “It might not happen until May 2024, but we’ll be ready to rock and roll as a party by the end of the summer in our seats…many of us will. are already.”

Conservative MP Alec Shelbrooke says GB News an early election was a viable prospect because “we have such a lawsuit coming our way” and that would “draw the line” under partygate and other issues.

Speaking to reporters at the NATO summit on Wednesday, Johnson refused three times to rule out a snap election, saying “I don’t comment on that stuff” and “I don’t comment” because he insisted he was “here to comment on politics, the government’s agenda.”

However, one of the rebel MPs behind last month’s no-confidence vote said Insider Johnson’s remark was a ‘red herring’, potentially framed as a ‘scare tactic’ to rally support for the PM .

The MP said it was recognized that ‘if people want to be effective we need to be more organised’, suggesting another vote of confidence could take place following what he called a ‘competition of beauty” of the leadership candidates at the fall party conference.

His comments on the party conference echoed those of his colleagues following Johnson’s decision to pull out of a conference with Northern MPs, angering some who expected him shows up.

The backbenchers who make up the Northern Search Group of Tory MPs are expected to be heavily courted, having given Johnson the benefit of the doubt in the last vote.

Potential rivals MP Tom Tugendhat and Chancellor Rishi Sunak have already launched the charm offensive, and others, including ministers Penny Mordaunt, Ben Wallace, Liz Truss and Nadhim Zahawi, are active behind the scenes, have indicated sources.

Urging Cabinet Ministers to act, the MP played down an oft-quoted adage that ‘he who wields the knife never wears the crown’, saying: “The knife has been wielded before – by several groups of colleagues who voted against him”.

The party conference is not the only sticking point facing the Prime Minister this autumn, with the Privileges Committee report into whether Johnson deliberately misled Parliament is set to report later this year. .

Johnson also pushed back a planned reshuffle until the fall, according to a Times of London report, which sources interpreted as a tacit acknowledgment of his precarious position.

The economic situation is also expected to deteriorate, with inflation set to peak at 11% and the ceiling on energy prices set to rise again in October.

But calling a snap election is seen as a very risky move, after the Tories lost Wakefield and Tiverton & Honiton in by-elections earlier this month.

A recent poll seen by Insider suggested even Johnson himself could be at risk of losing his Uxbridge and South Ruislip seat. It has led one MP to speculate the Prime Minister will ‘coop the chicken coop’ and opt for a safe seat which is vacated.

While the party is currently without a senior party chairman, following the resignation of Oliver Dowden following the by-election results, various names are circulating as possible replacements.

Nigel Adams, a minister without portfolio who led the phantom whipping operation earlier this year, is seen by sources as one of the leading candidates, although he has ruled himself out, The Telegraph reported.

Other names in the frame, according to the newspaper, include Stephen McPartland and Rob Halfon. The latter was previously vice-president of the Conservative Party.

It is unclear whether Ben Elliot, who is currently co-chairman of the party, will stay on after criticism from backbench MPs over his ties to Russia.