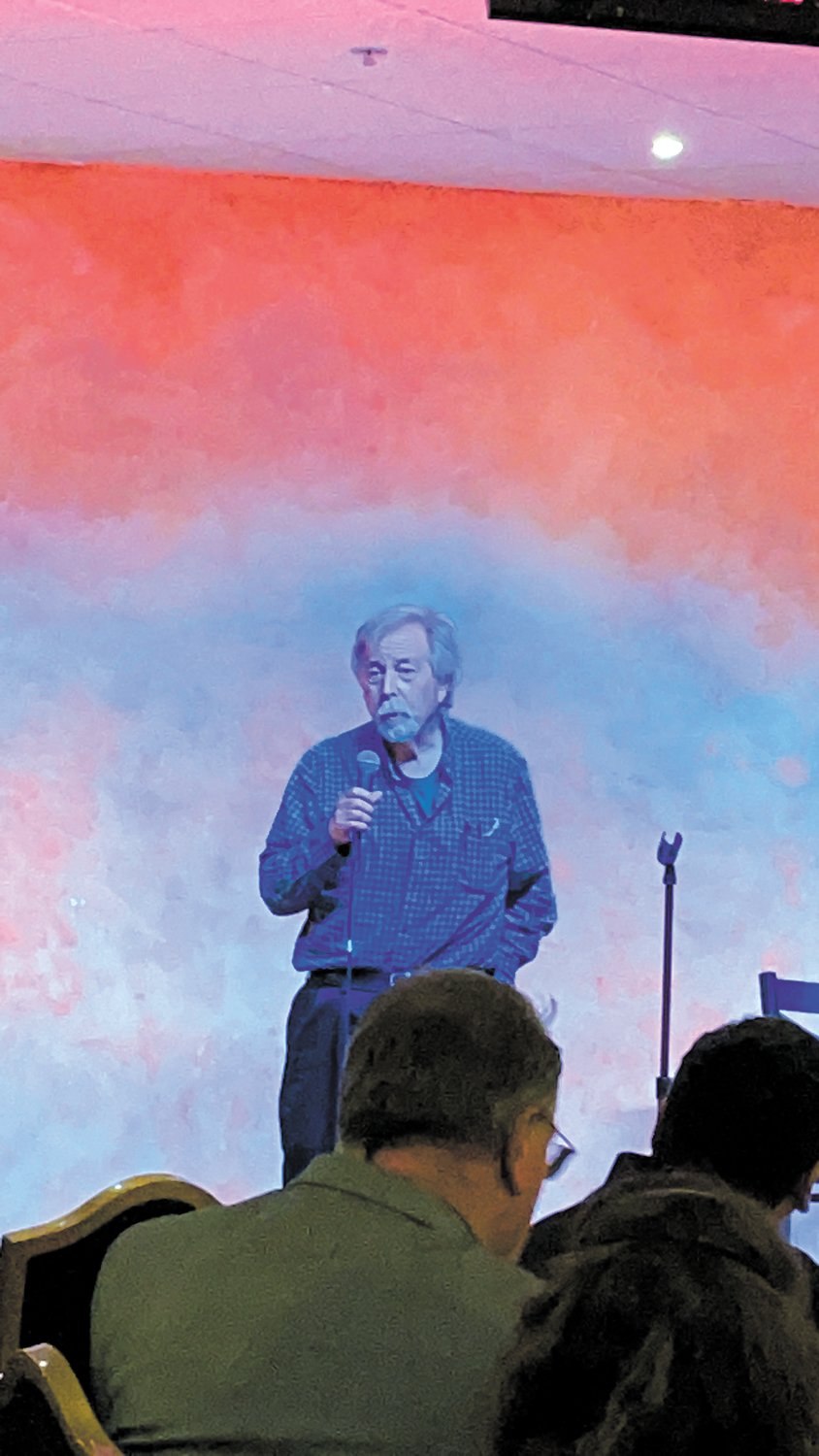 Most people who hear Meri Kennedy’s name associate her with the Cranston Herald. Some may remember her from their school days in Cranston. Others might have worked with her when she was executive director of the Cranston Chamber of Commerce. Then there’s her involvement with the Gloria Gemma Breast Cancer Resource Foundation, and of course her love and dedication to animal advocates. And, a myriad of other associations, organizations and people whose life Meri touched without ever having met them.

Meri was a real fighter. From surviving childhood sexual abuse, to battling breast cancer, she was an incredible woman of strength. While the chips were stacked against her, Meri never lost her positive mood, her sense of humor or her ability to find the good and the positive in everyday life.

Whatever your connection to Meri, when she finally lost her valiant battle with gastroparesis on September 1, 2022, your world changed.

There would be no more good morning Facebook posts, no more jokes about her urgent need for coffee (especially iced Dunkin with extra cream and extra sugar), pictures of her beloved pup Hope, and of course the trials and tribulations of its security. of herself.

Meri’s loves of her life were “her” Steve, her grandchildren, her daughter and her husband, her sister in Virginia and her brother, and all of her extended friends whom she considered family.

On October 5, nearly 100 people gathered at the Rolfe Supper Club inside the Historic Park Theater and Event Center to share memories and tell stories.

Hosted by Meri’s long-time boss and friend, John Howell (publisher of Cranston Herald, Warwick Beacon and Johnston Sunrise), several speakers recounted how Meri changed and impacted their lives; only for the best.

Meri knew her time was coming to an end around the start of spring 2022. She reached out to her dear friend, Joanne Lurgio to sing the classic song “Sounds of Silence.” The song was very close to Meri, and she found great solace in the lyrics.

Elizabeth Seal, who was Meri’s first editor at the Herald and a longtime friend, spoke of the closeness they shared and even brought an iced coffee to cheer Meri on. Seal talked about Meri’s quest for good happy stories. Things that made Cranston’s positivity shine.

Seal also spoke about Meri’s propensity to be accident-prone. She told the stories of Meri falling out of bed and breaking both feet. How Meri fell into an open grave while covering a story, and how once while waxing her legs she managed to glue them together.

Former mayor Allan Fung shared how Meri had been his friend since his very first campaign.

She supported him and was a good friend to him. Fung also told the classic story of how Meri convinced him to jump into Budlong’s pool on opening day, clothes and everything in 2009.

Mayor Ken Hopkins reinforced all the positivity and good news that Meri was famous for. He promised that the city would continue to do good things in his memory.

Elizabeth Popiel, Meri’s “sister-in-law,” shared how she always asked Meri to come to New York to celebrate her birthday on New Year’s Day.

“I told her we were going to Times Square, watch the ball drop, see all the confetti come out of the canyons, etc. But, Meri kept saying ‘next year, next year, when I get feel better,” Elizabeth said.

To honor Meri and help Meri celebrate this year, Elizabeth had bags of confetti made with tags on them that read “Meri New Year.” She also writes this greeting on more than 8,000 pieces of confetti that will be fired from the canyons on New Year’s Eve.

“Meri told me that once she heard this song, it became her personal theme. She was singing it every day,” Lurgio said.

The song is called “Won’t Ever Quit” and is about the strength and perseverance of cancer patients, survivors and warriors and their support.

Lurgio had left slips of paper on each table with the words of the chorus, and had the entire audience sing along with her.

“For our sisters, our mothers, our daughters, our lovers

For those we’ll never forget

In the light of this love I don’t walk alone

And for that, I will never give up.

The evening ended, with Meri’s Steve thanking everyone for coming; sharing his thoughts on their life together and all the positivity Meri has brought into his life.

6 Ways to Address the Impact of Menopause in the Workplace