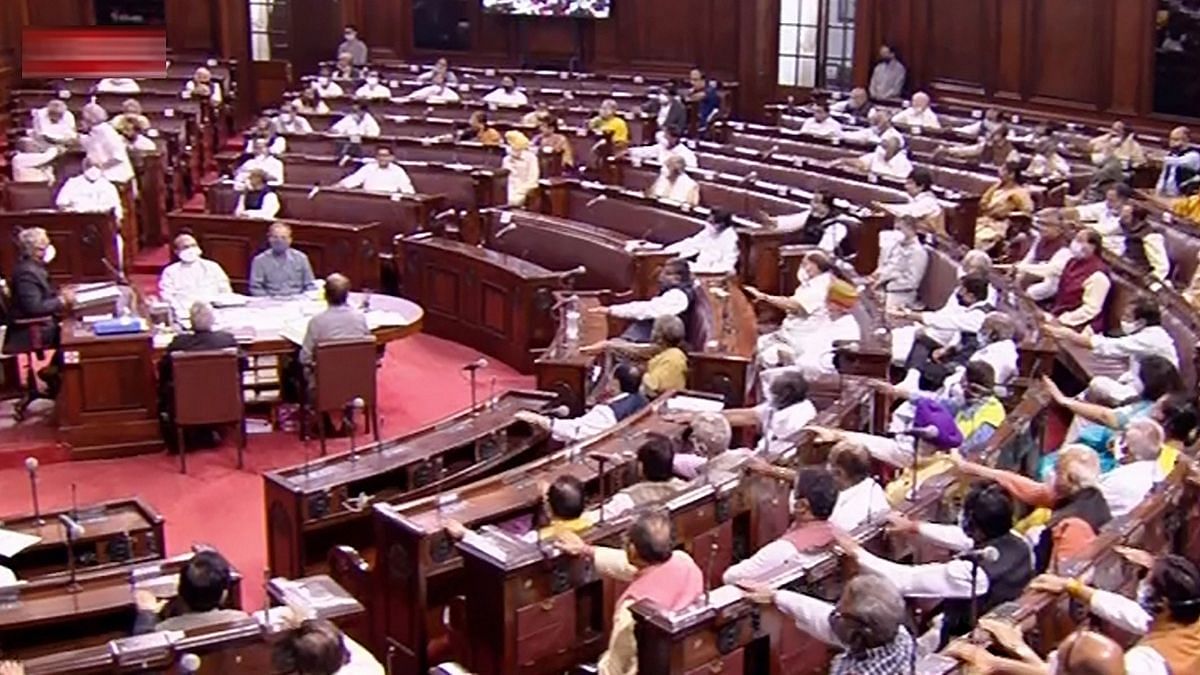 New Delhi: The Rajya Sabha has decided to use gender-neutral terms in answers to parliamentary questions from the next session.

The announcement, which was made on Tuesday, came in response to a request made by Shiv Sena MK Priyanka Chaturvedi last month (August 8). In a letter to Union Parliamentary Affairs Minister Pralhad Joshi, Chaturvedi said the use of the phrase “no sir” in response to questions posed by female parliamentarians was “concerning”.

The Maharashtra MP on Wednesday shared a screenshot of the response she received from the Rajya Sabha secretariat (dated September 20) and said it was a “small step” but would take a “ big difference”.

Small step, big difference. To thank the Rajya Sabha secretariat for correcting the anomaly in the responses to parliamentary questions from ministries to women parliamentarians. From now on, the responses of the ministries will be gender neutral. pic.twitter.com/1m0hxBGmvn

The response from the Rajya Sabha Secretariat said: “In accordance with the Conventions and Rules of Procedure and Conduct of Business at Rajya Sabha, all proceedings of the House are addressed to the President. Answers to parliamentary questions forming part of the debates are also addressed only to the President. However, Ministries will be advised to provide gender-neutral responses to parliamentary questions in the upcoming Rajya Sabha session.

Meanwhile, when asked about the use of the simple “sir” in parliamentary responses, Desh Deepak Verma, former Secretary General of Rajya Sabha, told ThePrint that he was unaware of such a practice and does not could not understand what the new “neutral gender”. ” the language would be.

“It’s such common sense that if a response is directed at Priyanka Chaturvedi, there should be ‘madam’. Simple. There are no rules or laws required for such an obvious thing,” he said .

Pradeep Chaturvedi, Joint Secretary, Issues Branch at Rajya Sabha, told ThePrint: “According to the rules, the minister addresses the president. You would have seen how the President of Rajya Sabha always reminds them (members) that they must address the President when questioning or answering.

The Joint Secretary also recalled that there were two women speakers at the Lok Sabha in the past and they were addressed accordingly.

“The questions addressed to Meira Kumar and Sumitra Mahajan used ‘yes madam’ and ‘no madam’. And normally it is not necessary to write a greeting at all. So only sometimes ‘yes sir’ or ‘no sir’ is used and that’s also basically due to the reference to the chair,” he said.

He also added that using “gender-neutral” language might involve simply writing “yes” or “no” without any salutations, but the address would still be to the president.

‘Regarding the observation of the institutional integration of gender’

Chaturvedi’s letter also referred to the “principle of equality” in parliament.

“In the answers to questions put to Parliament, the expression “No Sir” is often used in cases where the answer is negative. As a female parliamentarian, it is concerning to observe the institutional mainstreaming of gender by the temple of democracy – parliament itself,” she wrote.

She had urged the authorities of Rajya Sabha to “examine this practice” and asked for “appropriate instructions” to address parliamentarians.

“While this may seem like a small change, it will go a long way towards giving women their fair representation in the parliamentary process,” she wrote in the letter.

There are currently 33 women members in the Upper House of Parliament. It was observed that women in leadership positions are often referred to as “presidents” or “party men” and that an “alarming degree” of use of male pronouns gives the impression of skewed power structures.

The editorial also said it was unclear whether the problems stemmed from “pure administrative errors or ignorance of address rules”.