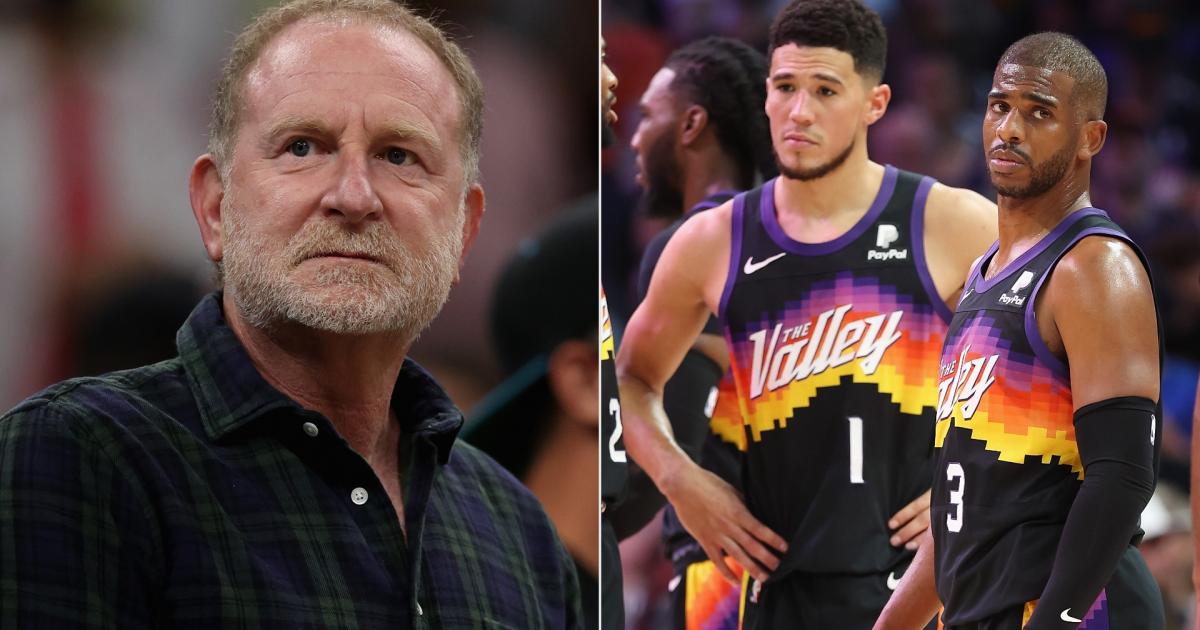 The NBA announced a few weeks ago that Robert Sarver would be suspended for one year and fined $10 million after completing an independent investigation into the Suns and Mercury owner’s conduct.

The investigation grew out of an in-depth report by ESPN’s Baxter Holmes, detailing Sarver’s behavior in the workplace throughout his 18-year tenure. The NBA found that Sarver “engaged in conduct that clearly violated common workplace standards, as evidenced by team and league rules and policies.”

Specifically, the league highlighted these findings in the case:

NBA commissioner Adam Silver’s decision to suspend Sarver for a year drew widespread backlash from the NBA world, with many believing it was too light a punishment for his actions. Sarver has since announced that he has begun the process of selling the team.

Media Day was the first opportunity for Suns players to publicly address Sarver’s situation, with Chris Paul and Devin Booker speaking out.

MORE: How much are the Suns worth? Sarver set to start team sale process

What did Chris Paul say about Robert Sarver at Suns Media Day?

“Thoughts and prayers to everyone involved,” Paul said as he began to discuss the situation.

“I can’t speak for all of our players, but it was hard to read. It was disturbing.”

Paul added that he was in communication with Commissioner Silver after reading the press release. He also reached out to Kyle Lowry and CJ McCollum to hear their thoughts on the matter.

Paul was asked to compare this moment to Donald Sterling’s situation with the Clippers. He said the two cases were different based on the timing of the news, with one occurring during the offseason and the other midway through the playoffs with Los Angeles.

“Tonight will be the first time that our team will have the chance to be all together before starting (the season) tomorrow,” he concluded.

You can find Paul’s full statement below.

What did Devin Booker say about Robert Sarver at Suns Media Day?

“It was tough. It was tough for me because it wasn’t the Robert Sarver I knew,” Booker began.

“It was not the Robert Sarver who welcomed me with open arms to Phoenix, but at the same time, I am not insensitive to everyone involved in the situation, and I understand that everyone’s individual experience with people will always be different.

“It was hard to read because it wasn’t the person I knew.”

Booker was asked if the situation would be a distraction for the team, but the star guard is confident the Suns will move on and focus on winning a championship.

“I think it was about to be a distraction, but now that he has chosen to sell the team, I think we can move on and focus on the goal ahead of us and play basketball,” he concluded.

You can find Booker’s full statement below.