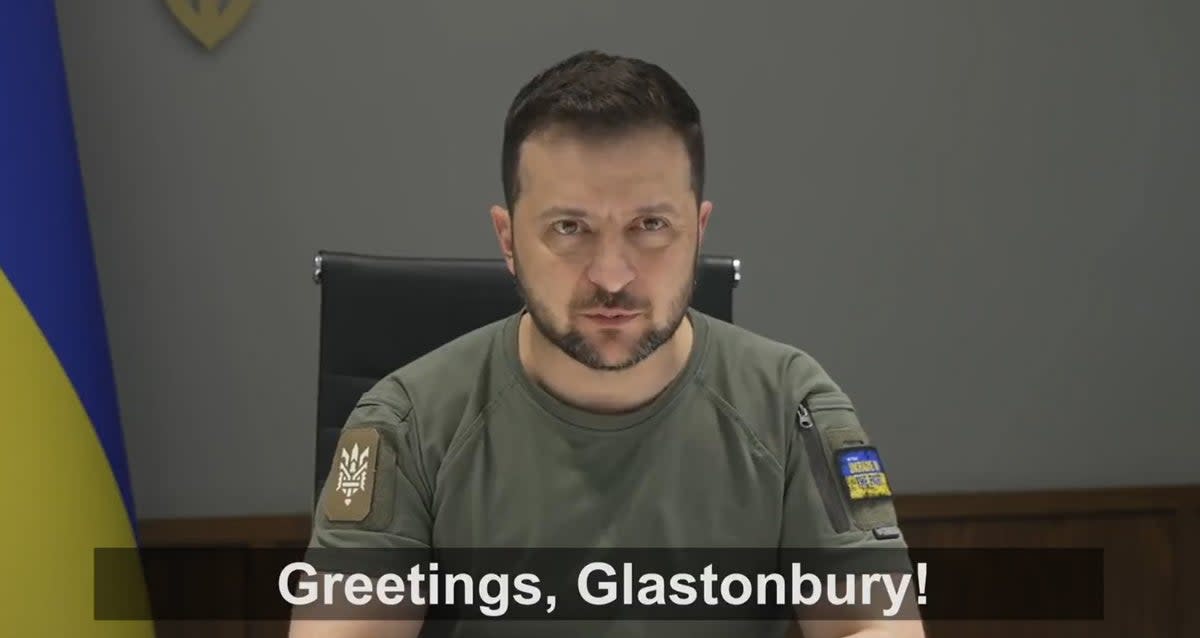 The other step to Glastonbury The festival opened this morning with a video message from UkrainePresident Volodymyr Zelensky.

His message was broadcast to festival-goers on a screen, before The Libertines took the stage to perform.

In videos shared on social media, Zelensky can be heard saying: “Glastonbury is the greatest concentration of freedom today and I ask you to share this sentiment with all those whose freedom is under threat…

“Help Ukrainians who are forced to flee their homes because of war… Lobby every politician you know to help bring peace to Ukraine.

The fighting has resulted in the deaths of thousands of Ukrainian civilians and soldiers, with BBC News reporting that the number stands at 200 soldiers a day.

Zelensky’s appearance at the festival precedes Ukrainian Eurovision winners, Kalush Orchestra, on the Truth stage later tonight. To see the the full Glastonbury range here and discover how to watch everything on BBC here.

In his final chamber speech, Ige touts Big Island’s past plans with an eye on more to come