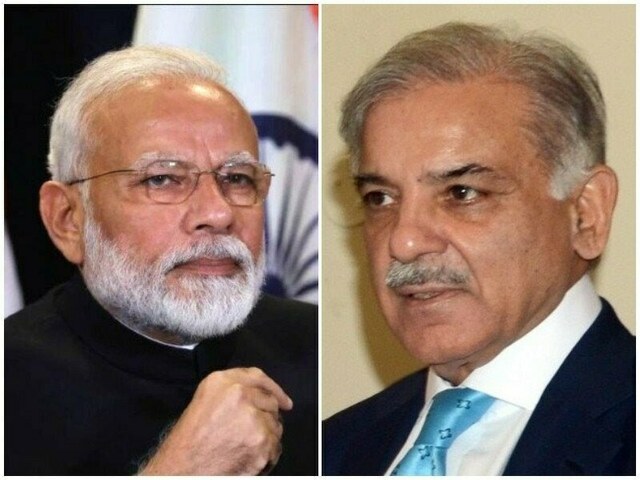 What is possible beyond the exchange of greetings? – Editorials

EDITORIAL: The veracity or accuracy of the good wishes exchanged between the prime ministers of India and Pakistan upon the latter’s election will only be established at some point in the future. But even when these fit the definition of routine – because Narendra Modi had sent his best wishes to Imran Khan during his elected victory to stifle Kashmiri autonomy a year later – it would be unfair to relegate the passage in the dustbin of history.

As if expecting Shehbaz Sharif’s electoral victory, his Indian counterpart was quick to tweet his congratulations, then followed up by sending a letter expressing a desire for peace and stability “in a region free from terror”. Prime Minister Shehbaz responded, conveying a similar hope but conditioning its viability on “the resolution of all outstanding disputes, including the core issue of Jammu and Kashmir”.

But the differences this time are New Delhi’s positive response to Pakistan’s standing invitation for bilateral talks, as Modi called for “constructive engagement” and Shehbaz Sharif’s expressed desire for “meaningful engagement”. Of course, Modi did not fail to call for a “terror-free region” and Shehbaz mentioned Kashmir as the central issue to be resolved peacefully through talks.

No one expects the two countries to back down from their stated positions anytime soon, but what looks positive in this exchange of good wishes is the possibility of a resumption of bilateral talks. In the not-too-distant past, the two countries talked to each other, and without any significant breakthrough, but the kind of tension that grew between them was no longer there – especially since the RSS program came into effect to transform India into a Hindu rashtra.

Not that the RSS has abandoned its program, for not a day goes by without Hindu mobs attacking Muslims, lynching them and burning down their homes and places of worship. But there are also some realities on the ground that have forced the Modi government to rethink its plans and programs. And one of them that has clearly and categorically asked Indian leaders is the US State Department which has released a report highlighting major human rights abuses including extrajudicial killings by government agents , violence against Muslims and killings committed by government and non-government forces in India unlawfully. Occupied Jammu and Kashmir (IIOJ&K).

As a colony, the Indian subcontinent was the “goose that laid the golden eggs”. But this is no longer the case; today it is home to one and a half billion people, many of whom live below the poverty line. Its inter-state rivalries and disputes have stagnated its economic growth and there, poverty reigns supreme.

But if this exchange of greetings between the Prime Ministers of Pakistan and India is any indication, however faint, it seems that they have realized that for them war is not an option. Pakistan and India are both nuclear-weapon states, an equation that rules out a wider conflict between them.

As for border skirmishes, they cost human lives but bring no war victory to any of them – although they do present the harm of starting a nuclear conflict. So why not stop these skirmishes and talk about peaceful coexistence. We sincerely hope that the leaders of the two countries will go beyond congratulatory greetings and set the table for talks.

Let the past be over, and let there be no more brakes on how to initiate what used to be called “global dialogue”, and which may be the agenda for bilateral talks. If so, it is New Delhi that must take the first step, which is to end all its brutal activities in (IIOJ&K). At the same time, the Modi government should ensure the safety of Muslims in India and the sanctity of their socio-cultural and religious values. And now that Islamabad is talking about moving from a geostrategic foreign policy to a geoeconomic foreign policy, it would be an opportunity for the two neighbors to activate their potentialities to engage in bilateral economic and trade cooperation.

Men rushed to hospital after big rammy outside Scottish pub