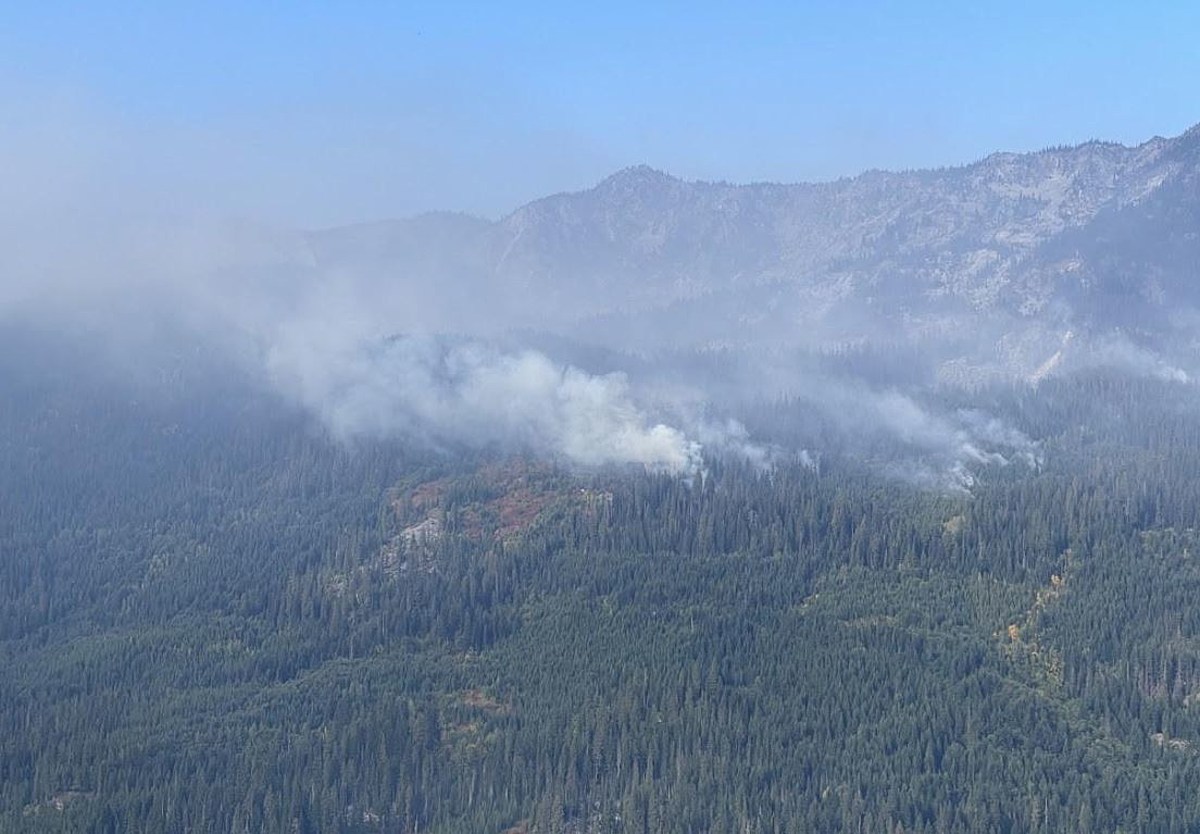 The White River and Irving Peak Fire Response Team is addressing some of the frustrations people have had with the smoke.

Since Aug. 11, the White River, Irving Peak, and Minnow Ridge fires have burned about 14,412 acres and contained 10 percent.

Recently, a Type 4 Incident Management Team took over firefighting operations, with 60 people working on the fire.

Fire activity for all four fires has died down despite visible smoke saying otherwise.

The smoke remains stagnant in the north-central region due to a lack of wind pushing it out of the area.

Smoke is also perpetually trapped in the valleys due to the shorter days pushing the smoke downwards, despite above-average temperatures in October.

Since August, Chelan, Douglas, Grant and Okanogan counties have been grappling with smoke, with AQIs reaching as high as 400-500 in worst-case scenarios.

Residents shared their frustrations with the smoke, with some calling it a “let it burn strategy.”

Heather Appelhoff, public information officer, said these long-term fires are not unusual for the north-central region.

“Part of being a fire-safe community also includes being smoke-safe,” Appelhoff said. “I know that doesn’t really quell the frustration, but part of life in a fire-prone area is we’ll have that smoke.”

Appelhoff explained that this fire will continue to burn until an influx of rain or snow finally extinguishes it.

“This situation is not easy, we did not get here overnight. Large, long-lasting fires are becoming more common across the West, and they are here to stay,” wrote Victoria Wilkins, public affairs manager for the Okanogan-Wenatchee National Forest.

Due to the location of the fires, firefighting efforts were limited for firefighter safety.

“We know that even without any loss of structure, smoke and closures are annoying and impact your summer plans,” Wilkens wrote. “But there’s no structure and no summer vacation plan worth a firefighter’s life.”